The Rittinger award is named for Peter Ritter von Rittinger who is credited with the design and installation of the first energy-conserving heat pump system at a salt works in Upper Austria in 1855. 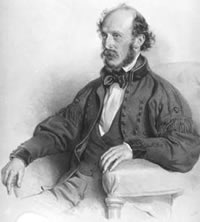 If you wish to nominate someone that has made outstanding contributions to the advancement of international collaboration in research, policy development and applications for energy-efficient heat pumping technologies - take a look at the documents below.

Make your nomination of candidate latest November 30 by filling out the nomination form below and return it to HPC!